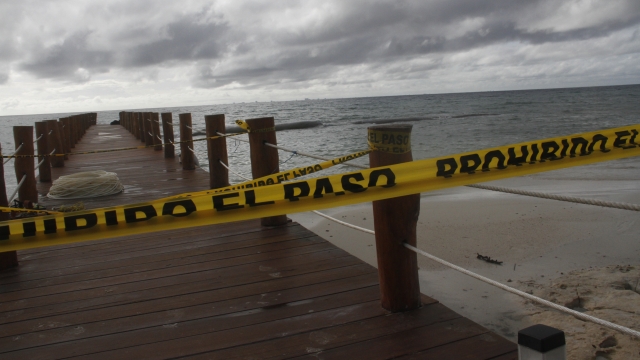 Forecasters think Delta will make landfall in the U.S. later this week somewhere between Louisiana and Florida.

Delta has strengthened to a Category 4 hurricane as it moves toward the Gulf Coast.

The National Hurricane Center said it's expected to be "an extremely dangerous hurricane when it reaches the northeastern coast of the Yucatan peninsula." It previously said to also expect heavy rainfalls in surrounding areas.

Forecasters think it will make landfall in the U.S. later this week somewhere between Louisiana and Florida — a region still recovering from a number of hurricanes already this year.

The NHC said there is still a "large uncertainty in the track and intensity forecasts" but warned that there is significant risk of storm surge and wind and rainfall hazards along the coast from Louisiana to the western Florida Panhandle. It said area residents should have a hurricane plan in place.