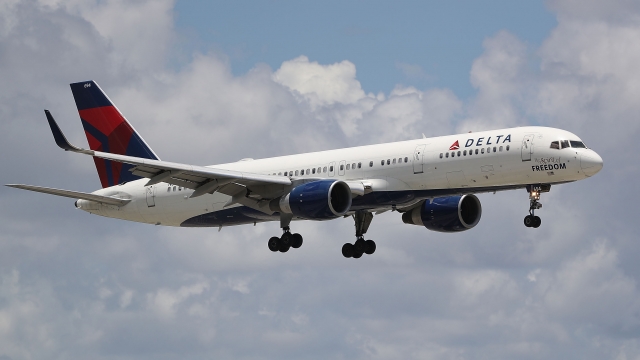 It's offering complimentary meals on select flights beginning in March.

The airline announced it'll start giving out complimentary meals to all passengers on some of its longest domestic flights beginning in March.

Delta passengers on board the more than six-hour flight between New York City and Los Angeles or San Francisco will be the first ones to get the free meals. The meal service will then expand to other major markets like Boston; Washington, D.C.; Seattle; and Orlando.

The free meals are on top of the free snacks, in-flight entertainment and blankets Delta already offers fliers.

During the 2007 recession, lots of airlines dropped complimentary in-flight meals to cut costs. Hawaiian Airlines was the only U.S. carrier that didn't.

But as the economy has improved, airlines have started finding ways to up their customer service.

If Your Bags Are Delayed, The Airline Might Have To Pay Up

The government wants to make air travel less of a hassle for consumers.

Both United and American Airlines resumed handing out free snacks.

American also launched a tracker tool on its website so passengers can keep tabs on their luggage.

And JetBlue now provides free high-speed internet on all its flights, allowing passengers to stay connected — even when the plane is below 10,000 feet.