The Delayed U.S. Response To Monkeypox 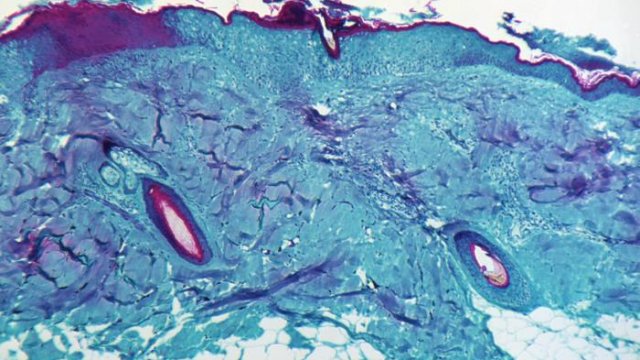 SMS
The Delayed U.S. Response To Monkeypox
By Newsy Staff
By Newsy Staff
July 21, 2022
Monkeypox is spreading in the U.S., with a lack of tests and a disorganized testing system adding to criticism of the country's response.

A new disease outbreak has been detected on another continent. It has spread to the U.S., where growth has been exponential, especially in New York City. While it’s been two months since the disease was first spotted, the U.S. is struggling to muster the tools it needs to contain the outbreak.

It sounds like where the country was with COVID in March of 2020, but now we’re seeing something similar with monkeypox.

The latest outbreak of the disease has spread to most U.S. states and dozens of countries worldwide.

The U.S. has at least 2,000 confirmed monkeypox cases nationwide, with the official case rate rising more than tenfold in the past month. With a testing shortage, it’s likely that the actual case count is higher.

Though they sound the same, the diseases are a bit different.

COVID currently spreads more easily than monkeypox, as it primarily infects people through airborne transmission. Monkeypox spreads through close physical contact and exchanging of fluids, transmitting and often presenting in ways that can resemble sexually-transmitted illnesses.

And, monkeypox only can spread once a person has symptoms, unlike COVID’s asymptomatic, or pre-symptomatic transmission. Also, unlike with COVID, there is an approved vaccine ready that prevents monkeypox transmission; an existing smallpox vaccine was found to work against monkeypox as well.

There’s also help on the way. The CDC announced last week that it has the capacity for 70,000 monkeypox tests per week and that at least 300,000 shots have been made available to states, with nearly 800,000 more expected to be ready for distribution by the end of this month, according to Health and Human Services.

But the jump from having the tools needed to stop an outbreak to actually using them has proven difficult. Vaccine rollout has been a bit of a mixed bag.

Federal health officials have been working on getting vaccines out to cities and states. But with demand outstripping supply in epicenters like New York City, it’s not a guarantee that everyone who wants, or needs, a monkeypox vaccine can get one.

"We'll certainly need much more vaccine and quickly to meet the burden of disease here in New York City, the epicenter of the monkeypox epidemic in the United States," Ashwin Vasan, commissioner of the New York City Department of Health and Mental Hygiene, said. "We share our New Yorkers frustrations with about waiting to make appointments or long lines. Please hear us when we say every action we've taken to date has been with one goal in mind: to get vaccine to the city and to get shots in arms as quickly as possible."

It's a misstep that has come as the U.S. has had more than two years of experience combatting an existing outbreak and after a year and a half of experience distributing vaccines to slow an outbreak.

Dr. Anthony Fauci, director of the National Institute of Allergy and Infectious Diseases and President Biden’s top medical adviser, has acknowledged the response hasn’t been perfect.

"It would have been good to have had a lot more vaccines available early on, but right now we have accelerated that extensively," Dr. Fauci said. "Could we have done better? Always. You never say we did perfectly."

In New York, health officials say they will now focus on delivering the vaccine to people who have not received the first dose. But, this puts into question if those who already got the first shot will be at risk of not getting the second dose at all. The second dose of the vaccine is meant to be administered 28 days after the first to be fully effective.

Authorities in New York City are doing this despite advice from the FDA and CDC.