Should Americans With Student Loans Be Able To File For Bankruptcy? 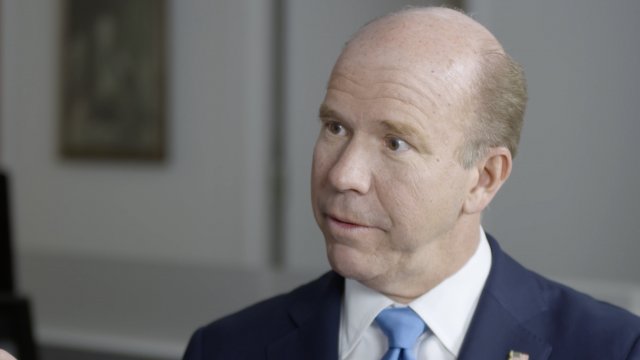 America's student debt crisis hasn't always gotten a lot of attention on the campaign trail. But that seems to be changing among 2020 White House hopefuls.

Among the candidates with the boldest plan to tackle the country's trillion-dollar problem is former Maryland Congressman John Delaney, who says part of the fix includes reforming bankruptcy law.

"Every debt in this country is eligible for being discharged or restructured except student debt," said Delaney, the first Democrat to announce his candidacy.

Delaney's solution is unique but not new. It's also controversial and something the federal government hasn't been open to. Most recently, Congress amended the U.S. Bankruptcy Code to make it harder for students to declare bankruptcy. A lot of the debate over it stems from the money that lenders would potentially lose out on.

"Historically, if you turn the clock back, the only debt people could get was debt secured by an asset. So they could get a car loan or a home loan. They didn't have opportunities to get what is called unsecured debt. But now we know there's a lot of opportunities; there's the whole credit card industry. There are people out there with huge credit card debts. There are no assets to secure those credit card debts. Those are dischargeable in bankruptcy," Delaney said.

Almost 45 million Americans have student debt. Of that figure, over 10 percent are delinquent or are in default, meaning that millions of people could be interested in filing for bankruptcy if it became an option. But the process would look different than applying for loan forgiveness or refinancing.

"No one should want to file for bankruptcy because it does impair your credit for a while, and it does put some limitations on you. Most Americans want to pay their bills. But every once in a while, you get in a situation where it’s absolutely unavoidable," Delaney said.

None of the other candidates have proposed changing bankruptcy law, but many have put forth a variety of other solutions. U.S. Sens. Kamala Harris and Cory Booker support debt-free college; U.S. Sen. Bernie Sanders wants tuition-free public colleges and universities; and U.S. Sen. Amy Klobuchar wants free community college.

Delaney says regardless of the details, it's an encouraging sign so many White House hopefuls are making student debt a priority.

"I think it’s an important statement about really how we think about education and our students," Delaney said.