What Is 'Breadcrumbing'? Decoding The Latest Digital Dating Disaster 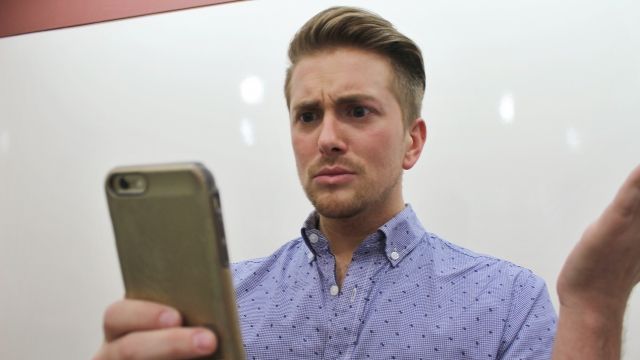 SMS
What Is 'Breadcrumbing'? Decoding The Latest Digital Dating Disaster
By Cody LaGrow
By Cody LaGrow
February 17, 2017
"Breadcrumbing" is when someone gives you enough attention to maintain your interest, but not enough to make you feel interesting.
SHOW TRANSCRIPT

Something is plaguing our nation and its people: "breadcrumbing."

The New York Times called it "torturous microcommunications." Cosmo was equally eloquent and said it was "savage AF."

Newsy's Cody LaGrow sat down with Bela Gandhi, the founder and president of Smart Dating Academy in Chicago. Gandhi is responsible for two serious relationships or engagements a month. She knows when her clients are thrown a breadcrumb and teaches them how to not pick it up.

CODY LAGROW: What is breadcrumbing?

BELA GANDHI: Breadcrumbing is kind of a negative thing. It means you're not really that interested in somebody, but you're throwing them crumbs to keep them connected and hooked.

LAGROW: Any specific language we need to beware of? 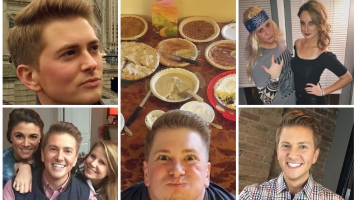 Asking For A Friend: What Should My Dating Profile Pictures Look Like?

LAGROW: We all remember ghosting — which is just where you would totally leave. So now it seems like we are slowly developing manners, so is breadcrumbing worse than ghosting?

LAGROW: Let's call it what it is: emotional manipulation.

LAGROW: So, if you are a breadcrumb-er, how do you stop?

GANDHI: Do something else to boost your self-esteem. Go shopping. Buy something lovely for yourself. Do the things that are going to make you feel good. Get to the gym. Have some beta-endorphins flowing. If your self-esteem needs to be bolstered by leading some other people on, tend to look in the mirror.

LAGROW: Now, if you're the breadcrumb-ee?

GANDHI: If you're the breadcrumb-ee, just stop eating the crumbs. And if they're going to like a photo or text you, don't fall into that trap.

LAGROW: What kind of behavior should you expect from someone who is actually interested?

GANDHI: Someone who is showing you that they like you. They're texting you. They're calling you. They're interacting with you on social media with the purpose of actually seeing you. So, they're asking you out. They're making plans with you. They're not flaking. You're going on the date. Then there's dialogue in between that date and the next one. That next date should be no more than one week later if the person is really in, too. No one is too busy to not ask you out again for three weeks. 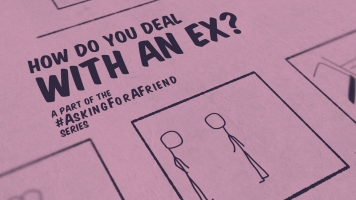 Asking For A Friend: How Do You Deal With An Ex?

LAGROW: Is it weird to explicitly lay out your intentions with someone? Obviously, it's not smooth to be like, "I like you," but is that weird to do?

LAGROW: What do dating trends like ghosting and breadcrumbing say about millennials who are dating right now?

GANDHI: It says that they like new catchphrases and hashtags for behavior that we've all been doing centuries, but now they have cool names and go on social media and social media likes to blow up. At the end of the day people, put your phone down and get in front of people and interact with people.

GANDHI: Not at all!