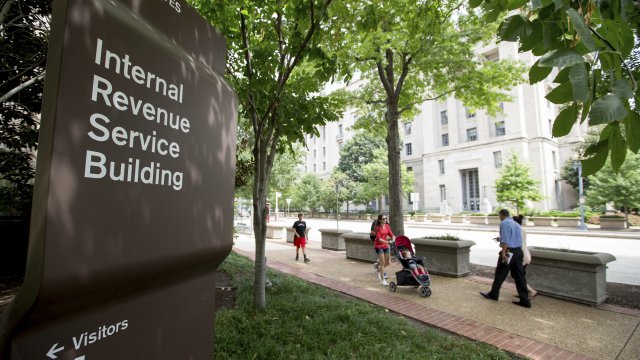 The $1,400 payments are rolling into millions of bank accounts. But some may see that money disappear almost as quickly as it came.

Unlike the previous relief bills, this one does not prevent debt collectors from taking the money.

"We were not able to protect that because the technicalities on how we passed the bill," said U.S. Rep. Lois Frankel, a Democrat from Florida.

The lack of protection comes down to a matter of process. With no Republican support, Senate Democrats had to use a process called budget reconciliation to pass the bill. But it has limits, meaning they couldn’t write in certain restrictions.

Senate Finance Chairman Ron Wyden says he’s introducing a bill that would change that. But for now, anyone ordered by a court to pay certain past-due bills could lose that money, as long as there’s an order for wage garnishment. It’s unclear how many people are at risk.

“There's a lot of other ways people can get help other than these checks but I would suggest is, if somebody is in a collection situation they call the company they owe money to and see if they can hold it off," Frankel said.

One thing taxpayers can do is track their stimulus money online, using the Get My Payment tool on the IRS website.