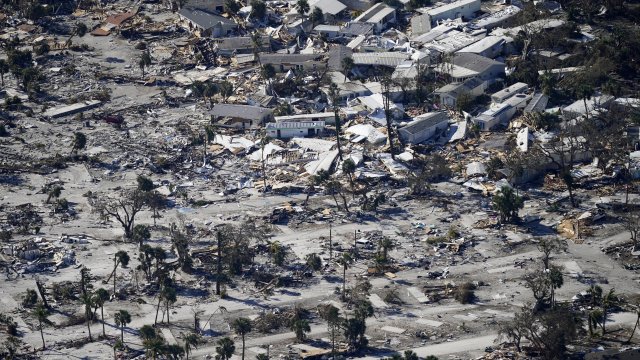 In Florida, the sound of debris crunching under a claw cleaning up neighborhoods is now a common one.

Shawn Hamilton, secretary of the Florida Department of Environmental Protection, says they’re working with counties and local governments to help get waste out of neighborhoods.

In Sarasota, a city between  Tampa and Fort Myers, debris left behind by the monster storm could be as much as 200,000 cubic yards.

After Hurricane Ian, many Floridians are relying on savings or the help of others to get by, while others' jobs simply washed away.

A spokeperson with Thompson Consulting Services says they’re hoping to bring on nearly 1,500 employees that will help ensure Lee County will be federally compensated for the cleanup, creating jobs that are desperately needed.

Two years after Hurricane Katrina hit New Orleans, the federal government estimated it had spent about $3.4 billion on debris removal.

Cleaning up and rebuilding southwest Florida is expected cost tens of billions of dollars.