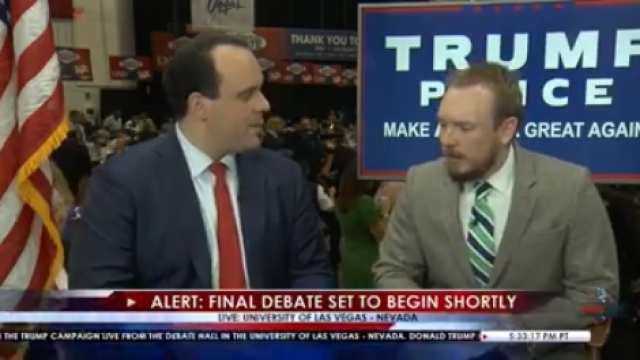 America may have gotten its first taste of Trump TV on Wednesday night.

It billed it as the alternative to what it called the "biased" mainstream media. By Thursday afternoon, it had nearly 9 million views.

Wednesday's live stream fed into Trump TV rumors that have been swirling for several months. And they gained momentum earlier this week following reports that Trump's son-in-law approached an investment banking friend about financing a TV network.

If Trump does decide to take the plunge into TV or web network ownership, he has other people who've run on a presidential ticket to learn from.

And Sarah Palin tried to capitalize on her popularity after the 2008 election with an online video channel.

Neither venture turned out as planned. Current TV was sold to Al Jazeera in 2013 after years of low ratings, while Palin ended her subscription service after a year.

Even those who aren't politicians — think Glenn Beck — have started similar online subscription services. Beck's "The Blaze" is also available on some cable providers.

What could set Trump apart is he would likely have a built-in audience thanks to the movement behind him. And there don't seem to be many outlets that cater to that particular group.

And Trump already has experienced media moguls on his team.

The downside is the cost. Although Trump could start up a web-only company for fairly cheap, a full-blown TV network could cost hundreds of millions of dollars to get up and running.