Death Toll Rises To 16 After Volcanic Eruption In New Zealand 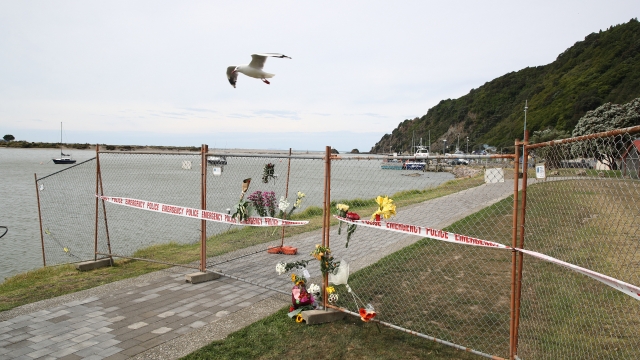 After dangerous recovery missions, officials say the death toll in a New Zealand volcanic eruption has risen to 16. Two other people are still missing and presumed dead.

"I want to start by acknowledging the families who have experienced such grief and such loss since the extraordinary tragedy Monday, and that today was all about reuniting them with their loved ones."

The volcano, a popular tourist attraction, erupted Monday on White Island. Officials say there were 47 people on the island at the time. New Zealand police have begun to release the names and information of the victims.

Among the dead are tourists as well as New Zealand residents, including two teenage boys who moved from the U.S. to Australia with their parents six years ago. Officials say the two missing people are the loved ones of others who have been confirmed dead.

A 16th victim died Saturday local time, and more than a dozen other people were still in the hospital. Many of them suffered serious and extensive burns.

Search teams say the bodies of the two missing people may be in the water around the island. Officials were looking for a better way to proceed with recovery operations this weekend and will restart their efforts on Monday.

In a statement, a New Zealand Police deputy commissioner said, "While it is frustrating not to have located the remaining two bodies, I'd like to reiterate our commitment to doing all we can to provide a sense of closure to the grieving families."