After 3 Months, Death Toll In Nicaraguan Protests Could Be Near 300 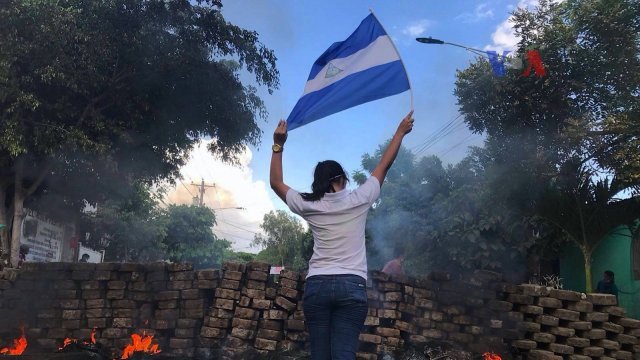 SMS
After 3 Months, Death Toll In Nicaraguan Protests Could Be Near 300
By Audrey Esther
By Audrey Esther
July 18, 2018
Since April, Nicaragua has been rocked by unrest and often violent protests.
SHOW TRANSCRIPT

For three months now, unrest and protests have continued in Nicaragua.

The often violent protests began in April after President Daniel Ortega proposed changes to the country's social security system. A national movement then followed, with calls for Ortega to step down after 11 years in power.

Since then, there have been ongoing disputes about the official number of people who have died because of the protests.

According to Amnesty International and other human rights groups, between 270 and 300 people have been killed. But the Nicaraguan government says around 50 people have died.

On Wednesday, the U.S. Mission to the Organization of American States adopted a resolution that condemns the government sponsored violence in Nicaragua.