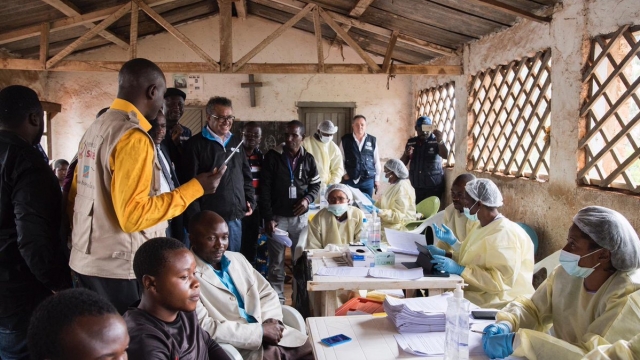 Health workers in the Democratic Republic of Congo have a long road ahead of them before being able to clear the deadly Ebola outbreak.

That's according to the World Health Organization Deputy Director-General for Emergency Preparedness and Response Peter Salama, who spoke with the Center for Infectious Disease Research and Policy at the University of Minnesota. He says the outbreak is taking place in what he calls "the most complicated setting we've ever experienced."

A number of issues have fueled the spread of the outbreak including violence and vaccine resistance. Salama says it will take at least six more months to get the outbreak under control.

As of Thursday, there are over 600 confirmed Ebola cases and over 400 deaths since the outbreak started back in August.

The WHO says the number of cases are declining in Beni, an area that was an epicenter for the outbreak. Samala says "If we can control the outbreak in Beni, we can do it anywhere."