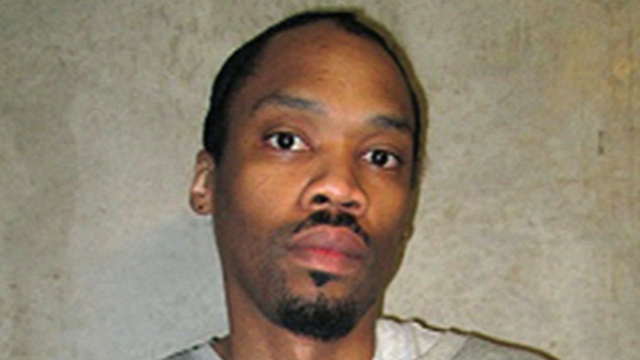 SMS
Oklahoma Inmate Julius Jones Set To Be Executed Thursday
By John Mone
By John Mone
November 16, 2021
He has been on death row for more than two decades proclaiming his innocence in the 1999 killing of a suburban Oklahoma City businessman.

Julius Jones was convicted of first degree murder and sentenced to die for the 1999 shooting death of Paul Howell, during a carjacking in suburban Oklahoma City.

Jones maintains his innocence, saying his own friend who testified in court against him for a plea deal was the gunman. His lawyers argue that the prosecution's case was based on junk forensic science and jailhouse informant testimony.

Authorities maintain jurors convicted the right man. Trial transcripts show witnesses identified Jones as the shooter and placed him with Howell's stolen vehicle. Investigators also recovered the murder weapon and a bandana with Jones' DNA at his home. Jones said in his commutation of sentence filings that the evidence was planted by the actual killer who stayed overnight at his family's home.

"I am here before you today to tell you what, I never got to tell the jury of my trial. Yes, I made many mistakes in my youth, but I did not kill Mr. Paul Howell," Jones said at a parole board hearing in early November.

That board voted to recommend a life–in-prison clemency by a vote of three to one. Howell's family members said Jones is the person responsible and want the execution carried out.

"I am here to warn you he is not innocent," Howell's daughter, Rachel, said. "He is not a mentor and will never be a mentor to this community. Would you have this man over to your house with your family, around your children? What if this was your family member that was murdered all for a car, remind you this is terrifying. This is a matter of public safety and this is worrisome for not just my family and I, but for the entire community here in Oklahoma. My family does not deserve this. We have done nothing wrong."