These Are The Victims Of The Dayton Shooting 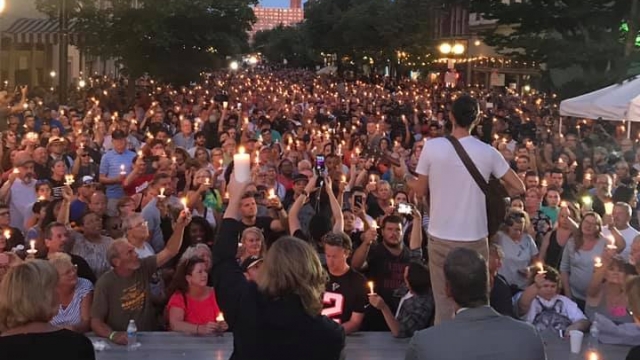 In the early hours of Sunday, a gunman shot and killed nine people in a popular downtown Dayton area. This is a bit about who they were.

Oglesby was a mother of two little girls — one of them a newborn. She reportedly worked at a daycare center and grew up going to church and drill team.

Betts studied earth sciences at Wright State University. She was expected to graduate next year.

Saleh emigrated to Ohio with his wife and daughter a few years ago after growing up in Eritrea in east Africa. He was described as being a "very good guy" and "very quiet."

Fudge spent his final day with his family, celebrating an aunt's victory over cancer. His younger sister said he was "sitting at the table, laughing, eating and drinking."

Turner was working as a machinist operating computer-controlled tools just south of Dayton. His boss said he quickly worked his way to the top and was a "very positive person, with a big smile. Just a great guy."

Cumer was finishing up his master's degree in exercise physiology from St. Francis University in Pennsylvania. His boss at Maple Tree Cancer Alliance in Dayton said Cumer made his patients "feel that they were the most important person in the world."

McNichols was a father of four young children. His cousin said he "loved to have fun, and every time I seen him, he was either laughing or smiling."

Warren-Curtis was in Dayton visiting friend and co-worker Monica Brickhouse, who was also killed in the shooting. A friend said Warren-Curtis "touched many lives with her presence. You were guaranteed a laugh or two, and maybe even three, if she was around. She was just full of life."

Brickhouse had reportedly just transferred to Dayton to work from home. She had a 6-year-old son. Her company's CEO described her as being known for her "positive energy."