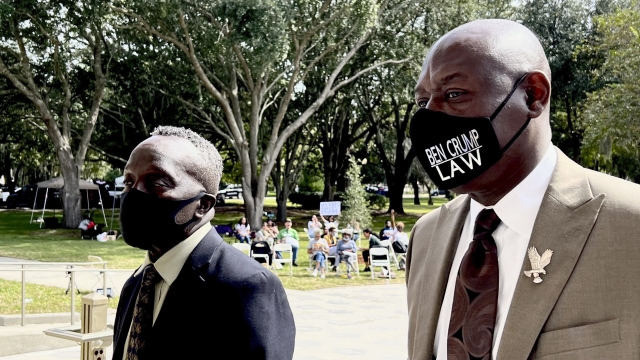 SMS
Day Four Of Jury Selection In The Killing Of Ahmaud Arbery Trial
By Eliana Moreno
By Eliana Moreno
October 21, 2021
Father and son Greg and Travis McMichael and a neighbor, William "Roddie" Bryan, are charged with murder and other crimes in the death of Arbery.
SHOW TRANSCRIPT

Jury selection is dragging on in the killing of Ahmaud Arbery trial. We're now in day four of the process.

Another seven people were added to the pool of qualified candidates Wednesday but the court is having a hard time finding impartial jurors, given the high-profile nature of the case.

Hundreds of people are being considered with the goal of finding 12 jurors and four alternates.

Three white men are on trial for the killing of 25-year-old Arbery. He was shot and killed as he was jogging through a Georgia neighborhood.