David Cassidy, Star Of 'The Partridge Family,' Dies At 67 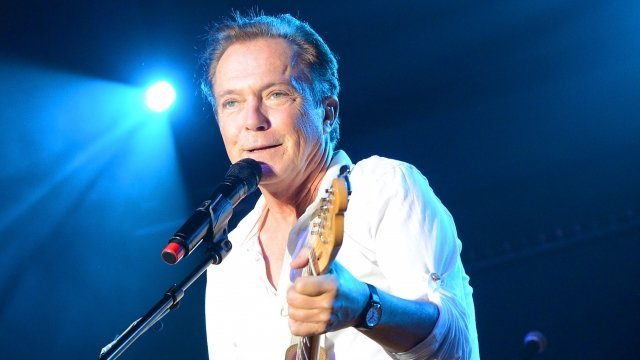 SMS
David Cassidy, Star Of 'The Partridge Family,' Dies At 67
By Katherine Biek
By Katherine Biek
November 22, 2017
Prior to his death Tuesday, Cassidy had been admitted to a Florida hospital and was reportedly suffering from organ failure.
SHOW TRANSCRIPT

"The Partridge Family" star David Cassidy has died at age 67.

Prior to his death Tuesday, he'd been admitted to a Florida hospital and was reportedly suffering from organ failure.

Cassidy starred on "The Partridge Family" alongside his stepmother Shirley Jones for four seasons, beginning in 1970.

The show was a hit both on television and in music — The Partridge Family's song "I Think I Love You" even hit No. 1 on the Billboard Hot 100 chart.

He stopped touring earlier this year after revealing he'd been diagnosed with dementia.

Some of Cassidy's other acting credits include "David Cassidy - Man Undercover" in the late 1970s, and the more recent ABC Family series "Ruby & the Rockits."

Cassidy is survived by his stepmother, two children and three half-brothers.

His daughter, Katie Cassidy, currently stars on The CW's "Arrow."