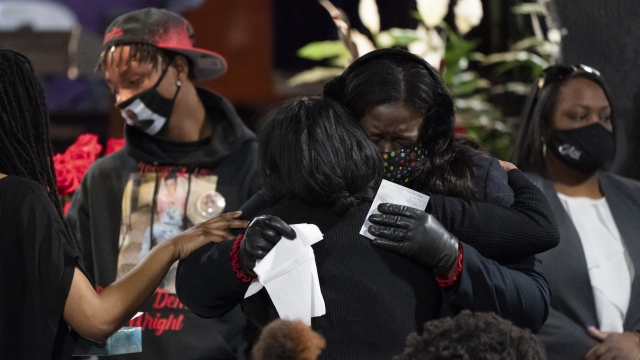 Today, people in Minneapolis will remember the life of another Black man killed by police when Daunte Wright is eulogized at his funeral.

The 20-year-old was killed last week after being pulled over by police.

Officer Kim Potter is charged with second-degree manslaughter in his death.

In the video, she appears to mistake her gun for her Taser before shooting and killing Wright.

Wright’s family and loved ones gathered at a church yesterday to say their final goodbyes.

They were joined by community groups and civil rights activists for the visitation.