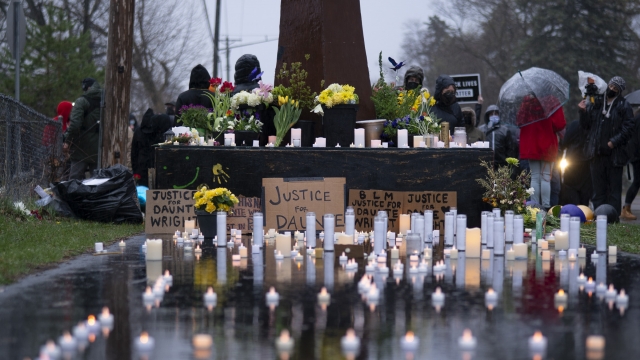 About 100 people joined the family for a candlelight vigil at the scene of the shooting Monday night.

"I could never understand that fear of being pulled over by the cops. Why? Because I am a White man. I will never understand it. Most of you all have seen the video. I can tell my brother was scared," said Dallas Bryant. "My brother lost his life because they were trigger-happy. You know your right from your left. You know the difference between plastic and metal. We all know it. We know the difference between night and day."

About 100 people joined the family for a candlelight vigil at the scene of the shooting Monday night, and a statue was put up in Wright's honor.