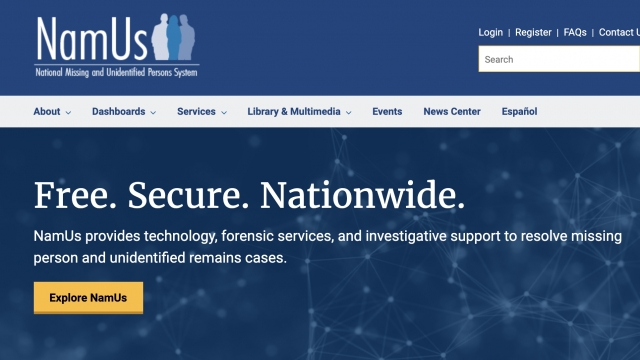 SMS
Database For Missing People Underutilized
By Katie LaGrone
By Katie LaGrone
October 14, 2021
With thousands of people missing across the U.S., some are pushing for more states to use an online database to help track them down.
SHOW TRANSCRIPT

The Gabby Petito case has highlighted another issue – making sure we give attention to other missing and unidentified people in the United States.

Right now, there is a gaping hole in how police report missing people and track them.

The National Missing and Unidentified Persons System – or NamUs – is a federally funded online database for missing, unidentified or unclaimed people in the U.S. It's often described by cold case experts as law enforcement's most effective and accurate missing persons databases. The problem is many people just aren't using it.

Unlike national and state databases law enforcement is currently required to report to, this system lets users post pictures, track DNA and it can be accessed by anyone at anytime.

Florida remains among the majority of states that make reporting to NamUs voluntary for law enforcement.

"It's a no-lose situation," Loydgren said. "It doesn't take that long to input the data and you reach a wide audience. If it inevitably helps you locate a missing person, that's what you want to do."