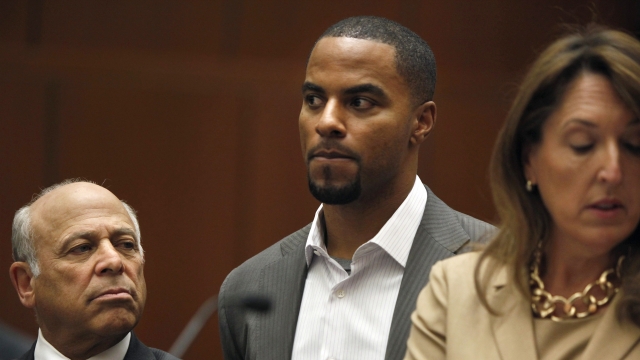 Former NFL star Darren Sharper was sentenced to 20 years in a California prison for rape.

Sharper pleaded guilty or no contest to similar crimes in three other states. He was sentenced to 18 years in Louisiana, nine years in Arizona and up to eight years in Nevada.

But Sharper will serve the California sentence at the same time as all the others, meaning he will spend 20 total years in prison.

More than a dozen women across the four states said Sharper drugged and raped them, though he was only convicted on nine of those accusations. He was also convicted on four counts of furnishing a controlled substance.

Sharper was a standout safety during his career with the Green Bay Packers and Minnesota Vikings. He also won a Super Bowl with the New Orleans Saints.