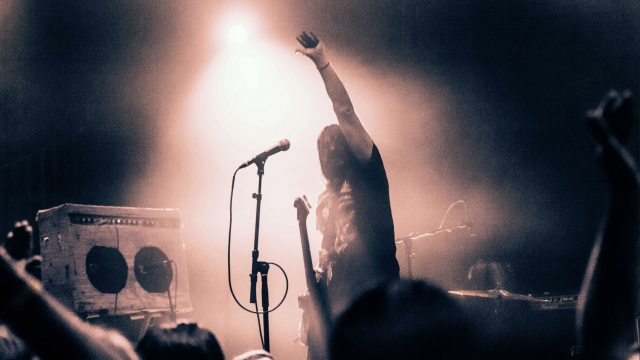 "We've had no revenue and enormous overhead," said Audrey Fix Schaefer, a spokeswoman for the club and parent company I.M.P. "No business can make it like that."

Independent concert and theater venues have been treading water desperate for a financial lifeboat they thought was in sight.

The national "Save Our Stages" campaign for federal aid was successful.

More than three months later, stages have yet to see a penny of those funds.

Tower Theatre in Oklahoma City has been hosting online concerts and virtual bar tending classes while waiting for up to $10 million from the grant program run by the Small Business Administration.

"It literally gave us, looked like it was going to give us, a year’s worth of runway," said Stephen Tyler, Tower Theatre managing partner.

What Tyler was not expecting was the wait.

"We’ve burned through our own cash reserves," he said. "Every second you’re running out of money."

The SBA says it has taken time to develop a system to screen grant applicants, and "to build a unique program like this from the ground up," said Barb Carson, deputy associate administrator for SBA’s Office of Disaster Assistance in an interview with Kai Beech, correspondent for the Scripps national news team.

As with other assistance programs, the SBA is trying to balance doling out money quickly while protecting against waste and fraud.

"We need to have a program that’s fair to ensure that people who are not eligible don’t get the funds because it’s going to go fast," Carson said.

Whether there will be enough in the pot for a long list of qualified venues, including museums, historic sites and planetariums, is a big question.

There’s now just over $16.2 billion available after another infusion from the recent American Rescue Plan Act.

If the money runs out, it will take another appropriation from Congress to keep the program funded.

The SBA will give priority to venues losing the most revenue when it begins accepting applications April 8.

"That date can't come too soon because venues have gone under throughout last year," Fix Schaefer said.

For now the 9:30 Club is set up as a food pantry for its own furloughed staff.

“We know that there's no other jobs for them,” Fix Schaefer said. “It’s been just sad and devastating.”