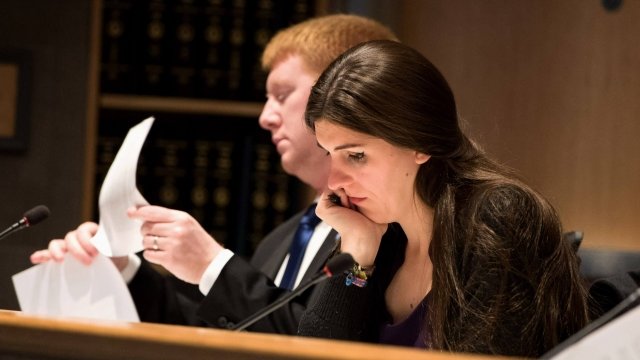 Back in November, Roem unseated Republican incumbent Robert Marshall — who spent much of his campaign attacking his opponent's gender identity. Roem focused her campaign on local issues, like traffic.

Earlier this month, she introduced her first pieces of legislation to study the feasibility of improving State Route 28, as well as developing a commuter rail system. The road issue was a major part of her campaign.

In a statement, Roem said: "My goal is to define myself as a policy wonk who does her homework, is well-prepared each day and gets bills passed."