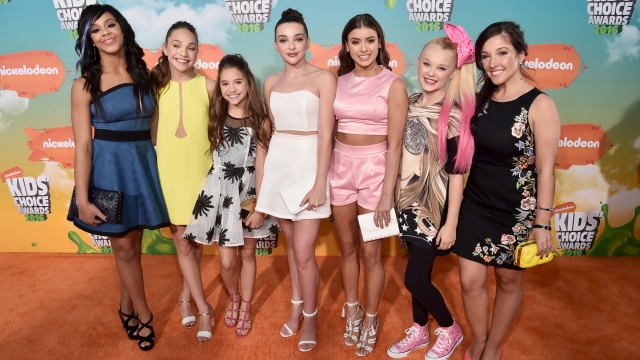 Lifetime's "Dance Moms" has been bringing us dance drama for six seasons now.

But some unsettling incidents that have been happening off the set lately are arguably even more dramatic than the show itself.

SEE MORE: There's A Good Reason Why Maddie Ziegler Will Be A 'SYTYCD' Judge

The most recent of these incidents took place in May when a man tried to break into Abby Lee Miller's dance studio.

According to local media, 34-year-old Joseph McKinstry demanded to be let inside so he could read poetry to the students.

Also disturbing: A Twitter account that reportedly belongs to McKinstry sent out dozens of affectionate tweets to child star Mackenzie Ziegler before his arrest.

And in September 2015, a San Diego man known as Phoenix Sundown tried to send suspicious packages to one of the cast members.

The unnamed cast member never received the packages — police destroyed them with a water cannon at the post office.

Sundown was sentenced to three years in prison and will have to register as a sex offender.

According to cast member Chloe Lukasiak, private security guards were hired to keep an eye on the "Dance Moms" stars in the studio and during competitions.

She said in an interview with Radar Online: "Our crew would go outside and deal with it. It's creepy, it's so scary."

Recent reports said casting for season seven of "Dance Moms" was underway. No word yet on exactly when the new season will premiere.