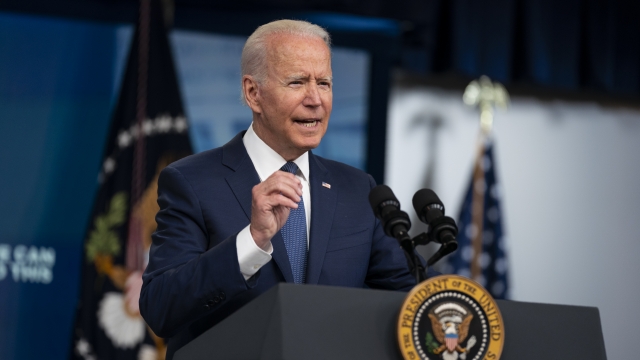 President Biden and Vice President Harris are meeting with key leaders to discuss the administration's efforts to counter ransomware attacks.

The president says he's been briefed on the recent attack on a Miami-based software company.

"I received an update from a NASA security team this morning," he said. "It appears to have caused minimal damages to U.S. business but we're still gathering information on the full extent of the attack. I'm going to have more to say on this in the next several days."

It was the largest ransomware attack on record but the company whose software was hit says fewer than 1,500 businesses appeared compromised from the attack.

The White House says it has not tied the attack specifically to Russia but the group it believes is responsible for it operates out of the country.