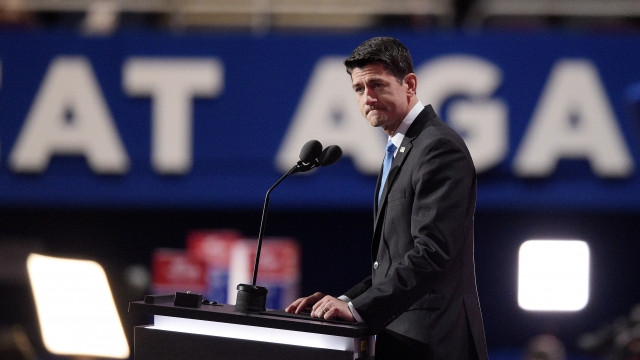 Republican House Speaker Paul Ryan has already had plenty of problems in Washington, D.C., this election cycle, but now he's facing a challenge from his home state of Wisconsin.

Paul Ryan's primary challenger, Paul Nehlen, had some inflammatory things to say about Ryan in an interview with Breitbart News Daily.

"He says he's a conservative from the conservative wing of the Republican Party. He is a soulless globalist from the Democrat wing of the Uni-Party. That’s what he is,” Nehlen said in an interview with Breitbart News Daily.

It's not surprising that a challenger to a well-known incumbent would be so inflammatory. As one of the most powerful political figures in the U.S., Ryan is constantly in the national spotlight, forcing Nehlen to do something to grab headlines.

Though it might not even matter how many headlines Nehlen can get. A poll taken in mid-July shows Ryan is leading his challenger by nearly 50 points.

But on Monday, Nehlen got a Twitter shout out from Donald Trump, which could certainly boost his numbers.

Trump then declined to endorse Ryan in his re-election bid, saying he is "not quite there yet" in terms of supporting the House speaker — words that should sound eerily familiar.

"Well, to be perfectly candid with you, Jake, I'm just not ready to do that at this point. I’m not there right now," Ryan replied.

Ryan and Trump have continued to butt heads. Ryan's issued several statements shying away from some of Trump's more divisive comments.

The lack of mutual support highlights the division between the establishment wing of the GOP helmed by Ryan and the new populist movement that Trump and Nehlen represent. The Wisconsin GOP primary is Aug. 9.