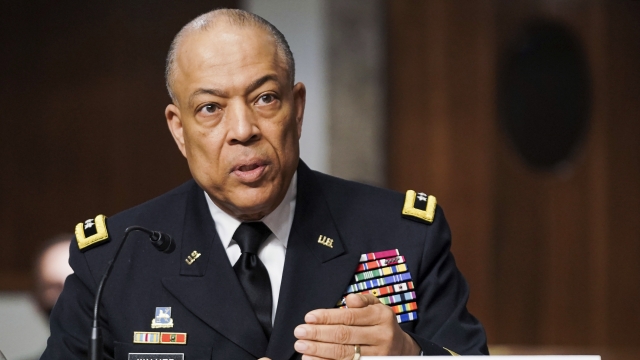 There are startling new revelations about why the National Guard took so long to get to the Capitol on Jan. 6. Maj. Gen. William Walker, the commanding general of the D.C. National Guard, told senators he had members of the Guard waiting on a bus on standby for hours while he waited for approval from the secretary of defense to deploy, waiting even as the riot unfolded.

Walker said he didn’t get a green light to deploy until more than three hours after the Capitol Police chief called begging for backup. Gen. Walker also said optics were a factor.

Walker called all of this “unusual,” saying the restrictions were not in place during the protests for racial justice over the summer. Making matters worse, the acting Department of Homeland Security intelligence chief said the potential for violence was known ahead of time.

The FBI office in Norfolk warned about violence at the Capitol, but police leadership in Washington claim they didn’t get it until after the insurrection had already begun -- a staggering breakdown in communication that agencies agree must be fixed.