Cyclone Fani Kills Dozens In India And Bangladesh After Evacuations 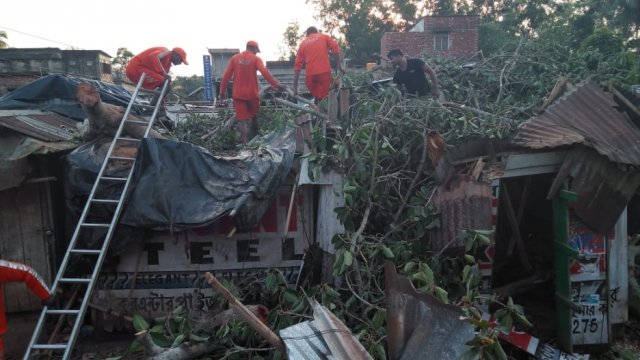 Cyclone Fani has killed at least At least 28 people in India and Bangladesh since striking eastern India Friday morning.

The cyclone is reportedly the strongest storm to hit India directly in at least five years. When it made landfall, it brought heavy rain and wind speeds reaching over 120 miles per hour.

Bangladesh and the Indian state of Odisha performed major evacuation exercises ahead of Fani's landfall. Twenty years ago a similar storm killed nearly 10,000 people in the area.

One Bangladeshi official told Al Jazeera the storm has weakened enough that the fear of a major disaster is mostly over. Now, the official says, it's just a matter of clearing roads to get to communities cut off by storm damage.

This is just the beginning of the area's cyclone season, which can last from April to December.