Cutting Yourself Some Slack Could Help You Lose Weight 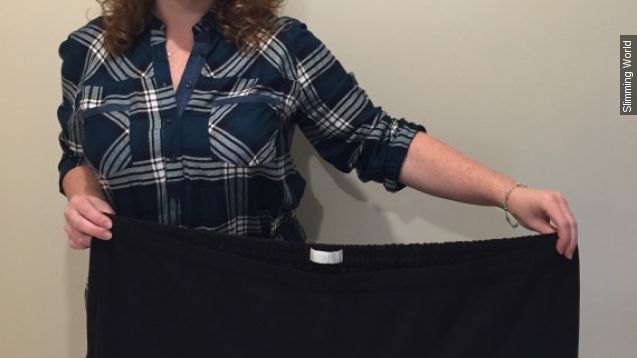 SMS
Cutting Yourself Some Slack Could Help You Lose Weight
By Briana Koeneman
By Briana Koeneman
January 5, 2016
If you give in to that ice cream craving, a new study says that's OK; forgiving yourself might help you meet your weight loss goals.
SHOW TRANSCRIPT

Losing weight can be an incredibly difficult journey, and even the most dedicated dieters slip up along the way.

But according to a new study, cutting yourself some slack after giving into that ice cream craving might actually help you meet your weight loss goals.

The study, conducted by Slimming World, found self-criticism often leads to dieters indulging in comfort food or giving up on their diet completely.

Seventy-eight percent of people surveyed who gave themselves a hard time after a slip-up were unsuccessful at losing weight, and 47 percent actually gained weight.

But researchers said after dieters learned to be kinder to themselves after a lapse, they were significantly more successful. In fact, 81 percent of the most self-reassuring group lost weight and kept it off.

Slimming World member Amy Dugan definitely learned that lesson during her weight-loss journey. She found being kinder to herself whenever she got off track helped her lose more than 140 pounds.

She said in a press release: "I draw a line under it and move on. I'll just think, 'Well that was silly, but it's done now.' I don't ever feel guilty as I know it's just one of those things, it happens to all of us."

You can read the rest of the study's findings on Slimming World's website.