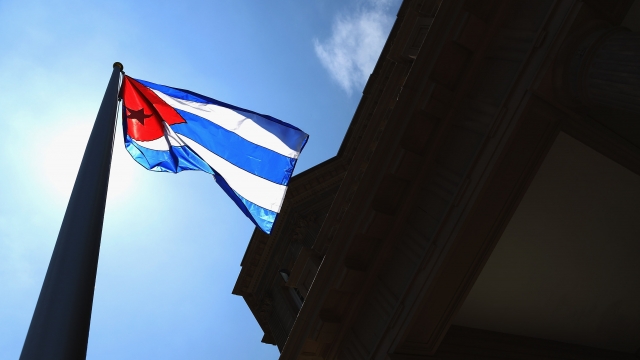 Cuba has accused the U.S. of secretly moving special forces closer to Venezuela to prepare for a "military adventure under the guise of a 'humanitarian intervention.'"

The Cuban government said Wednesday several U.S. military transport aircraft were flown to Puerto Rico, the Dominican Republic and "other strategically located Caribbean Islands" between Feb. 6 and 10. Cuba says this happened without the knowledge of those islands' governments and that the aircraft came from Special Ops and U.S. Marines facilities. The Dominican Republic's foreign minister denied that any U.S. military transport planes landed in his country.

Cuba also says the U.S. masterminded "the attempted coup d'etat" in the country by recognizing Venezuelan National Assembly leader Juan Guaidó as the interim president. It says the U.S. is doing all of this in an attempt to imperialize Venezuela and strip it of its oil reserves and natural resources.

President Donald Trump and Colombian President Iván Duque reiterated their support for Guaidó in a joint statement Wednesday. When asked if he's considering any military solution in Venezuela, President Trump said the U.S. was looking at "all options."

But Democratic lawmakers said Wednesday "U.S. military intervention is not an option" in Venezuela. Under U.S. law, any foreign military action must be approved by Congress.