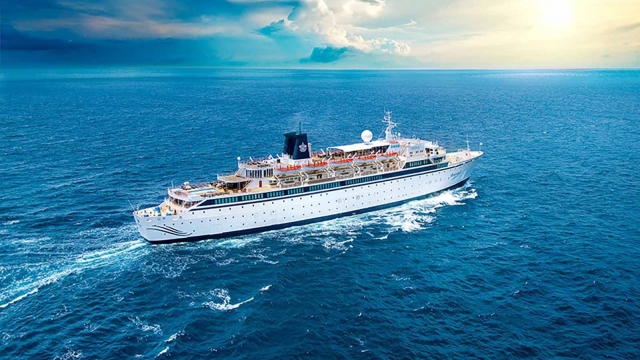 SMS
Cruise Ship Under Quarantine For Measles Leaves St. Lucia
By Katherine Biek
By Katherine Biek
May 3, 2019
No one on board the ship was allowed to leave after it docked in St. Lucia Tuesday after a crew member was diagnosed with measles.
SHOW TRANSCRIPT

A cruise ship that's been docked for days in St. Lucia for a confirmed case of measles is on the move once again. The ship is reportedly owned by the Church of Scientology.

According to Marine Traffic, a global ship tracking project, the Freewinds ship left a port in St. Lucia late Thursday.

There are reportedly almost 300 crew members and passengers on board the ship. But none were allowed to disembark when it arrived Tuesday after St. Lucia's Ministry of Health learned a female worker had been diagnosed with measles.

Prior to leaving port on Thursday, the cruise ship's doctor requested 100 doses of the measles vaccine from the health ministry.

This case in the Caribbean comes as measles cases in the U.S. have hit a high not seen in 25 years. Data from the CDC shows at least 704 people have contracted the disease since January, and a majority of them were unvaccinated.

The Freewinds ship is expected to dock at a port in Curacao Saturday morning local time. It's unclear if the people on board will be able to leave the ship after it arrives. Church officials have not commented on the ship's quarantine.