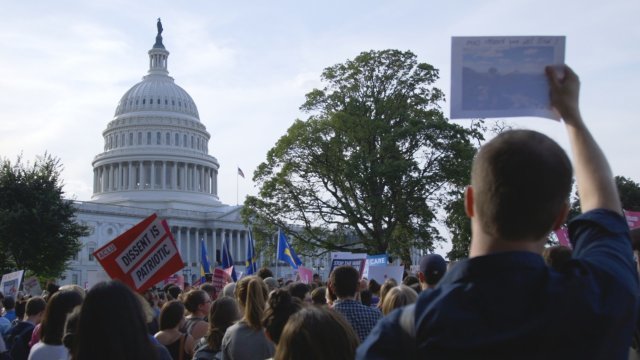 Opponents of the GOP health care bill gathered Wednesday at the Capitol.

"How will we take these ideals, take this commitment, take this conception of love and advance it in our nation?" New Jersey Sen. Cory Booker asked a crowd of protesters. "There is no honor in taking health care away from 20 million Americans."

"There's money for everything else," one protester said. "There's, I don't know how many billions, for death, for drones, for staying in Afghanistan for how many decades. But there's no money for life, for people's health care."

Several U.S. senators and representatives spoke at the protest.

Georgia Congressman John Lewis took the stage to address the crowd: "Now, when I was growing up so many years ago, it was: 'That's the way it is. Don't get in trouble.' But I met Martin Luther King, Jr. I met Rosa Parks, and I got in trouble — good trouble. Necessary trouble." 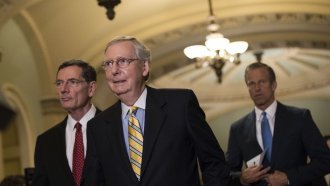 The Congressional Budget Office estimates 22 million people will be uninsured by 2016 if the bill is passed.

"There are millions of Americans that are going to be impacted by the cuts to health care and the cuts to Medicare," another protester said. "And we need to stand strong for the poor, the elderly, the sick."

"You still have to be out in the streets," a demonstrator said. "That's the lesson of the past. A lot of great, great groups fighting like Planned Parenthood, and Rise and Resist, and Indivisible. It's absolutely fantastic."