Some Think Gorsuch Speaking At Trump Hotel Is Unethical 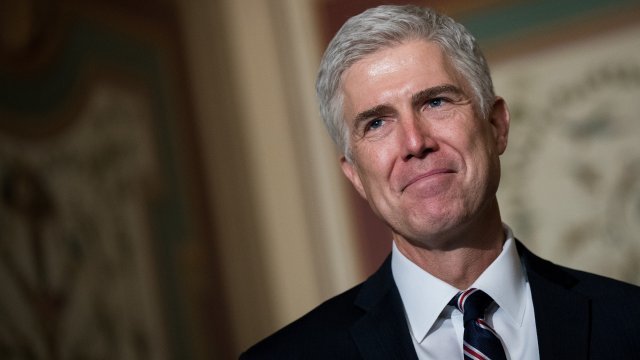 SMS
Some Think Gorsuch Speaking At Trump Hotel Is Unethical

By Katherine Biek
August 18, 2017
The Supreme Court justice will be the keynote speaker at an event next month at Trump International Hotel in Washington, D.C.
SHOW TRANSCRIPT

U.S. Supreme Court Justice Neil Gorsuch will be the keynote speaker at an event at Trump International Hotel in Washington, D.C., next month.

The Sept. 28 event is a luncheon for the conservative group The Fund for American Studies.

It'll take place just days before the court begins its next term Oct. 2.

"Justice Gorsuch should have known better than to sign up as the headliner for an event that will line Donald Trump’s pockets in a way that is at best ethically sketchy and at worst downright unconstitutional, and that compromises his own independence to boot," the president of Alliance for Justice said in a statement.

"It's a terrible signal for this group to be holding their meeting at the Trump International Hotel and for a Supreme Court justice to legitimate it by attending. It just violates basic ethical principles about conflicts of interest," Deborah L. Rhode, a Stanford law professor, told The New York Times.

The Trump Organization runs the hotel. Trump turned management of that business over to his eldest sons before taking office.

But the president still retains ownership of his company, and a revocable trust allows him to withdraw money at any time.

This means Trump is still profiting from his businesses while he's president. 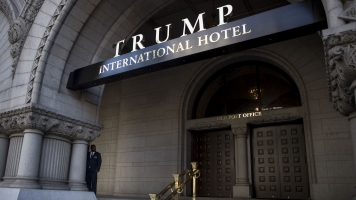 In early August, The Washington Post reported Trump's D.C. hotel made almost $2 million in profit in the first four months of this year.

Now, the U.S. court system does have a code of conduct. But thanks to the U.S. Constitution, members of the Supreme Court aren't bound to it. So while Gorsuch speaking at the Trump hotel might raise some eyebrows, he's not likely to get in trouble for it.

Gorsuch — a Trump appointee — was sworn in as a justice of the Supreme Court back in April. He declined to comment on the speaking event.