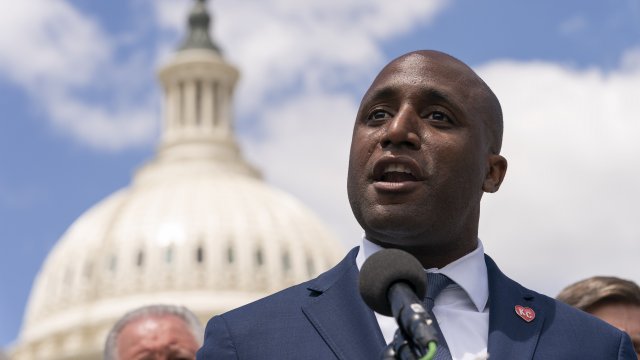 SMS
Crime In America: Kansas City Mayor On Police Funding And Gun Control
By Gage Jackson
By Gage Jackson
July 28, 2022
Mayor Quinton Lucas made a campaign promise to reduce violent crime in Kansas City, but he explains why that's proving to be more and more difficult.

Kansas City, Missouri, is the second-most-dangerous municipality in the Midwest and ranks in the top 10 in the U.S. for gun violence, according to the FBI.

The city's Democratic Mayor Quinton Lucas made a campaign promise to reduce the number of homicides in Kansas City to under 100 per year, but that hasn't happened and Mayor Lucas says easy access to guns is the core issue.

"For those who don't know the Midwest, we are not unlike Texas," he said. "We have no requirement for concealed carry permits. ... Folks can access assault rifles very simply. There is little to no investigation into illegal gun traffickers and distributors. And our police are not only overworked, but they find themselves at risk of getting shot as well."

Mayor Lucas' comments come a day after funeral services were held for one Kansas City police officer, Daniel Vasquez, who was fatally shot during a traffic stop earlier this month.

"These are the sorts of challenges that are happening in major cities across the country," Lucas said. "We need to have a serious chat about the flood of firearms — without restrictions or background checks — leading to more violent crime on our streets." 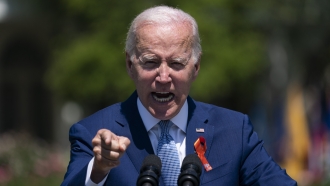 Kansas City did recently receive a federal grant to help fund policing, and the state's Republican Gov. Mike Parson signed a bill to increase Kansas City's police department budget from 20% to 25% of revenue generated per year.

However, Lucas says he met with several other mayors in New York to discuss rising crime rates, but they're being met with challenges from other corners of local and state government.

"We [mayors] are not the district attorneys that are making decisions on sentencing and bail. We're certainly not the judges. And we're not the police chiefs — although in many situations we get to influence them," Lucas said. "Instead, we are trying to bring resources together because the oddest thing to happen since the 2020 protests is that I think in this country we lost sight of the fact that we're all growing in the same direction."

Missouri ranks in the bottom 10 of U.S. states for gun law strength and has the fourth-highest rate of gun-related deaths, according to analysts at the nonprofit organization Everytown for Gun Safety.

"We have a Second Amendment preservation act, which makes it a crime with a fine if our police department works with federal agencies in anything that may relate to Second Amendment violation," Lucas said.

"It is an abomination that the leading cause of death for children in America relates to guns, shootings, accidents, et cetera. That is problematic."

Since the beginning of 2022, there have been 372 mass shootings and more than 11,600 gun-related deaths, according to The Gun Violence Archive.