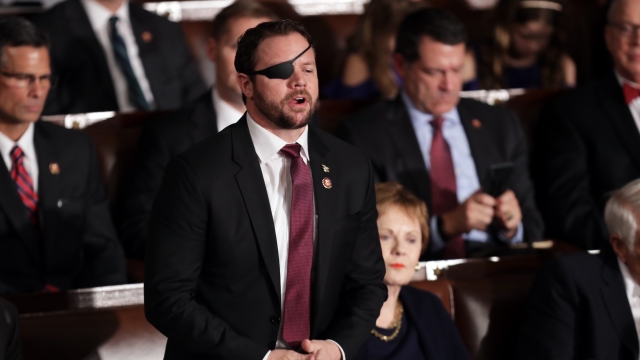 In a recent appearance on "The View," Rep. Dan Crenshaw from Texas was talking about immigration issues when he shared this statistic about asylum-seekers:

"But as it turns out, about 80-90% of those don't have a valid asylum claim, once we actually get their documentation," Crenshaw said.

That's a high percentage, and it turns out that number isn't accurate. Let's take a look at the latest data available from the Department of Justice.

The DOJ's Executive Office for Immigration Review tracks asylum cases in the U.S. Officials made final decisions on more than 64,000 applications in the 2018 fiscal year. About 20% of those people were granted asylum and 41% were denied.

Over the last decade, somewhere between 15% and 31% of asylum applications were granted. But that doesn't mean everyone else had an invalid claim. Experts told our partners at Politifact cases could be denied for procedural reasons — maybe an applicant's attorney didn't present their case well. There's also a sizable portion of cases closed each year for unspecified reasons. That could mean the application was withdrawn or the immigrant was granted some other kind of benefit.

Crenshaw's office pointed Politifact specifically to credible fear asylum applications, but that subset shows a similar pattern. In the last fiscal year, 16% of people who made a credible fear claim were granted asylum. But again, that doesn't mean everyone else's claim was invalid. In fact, in 2018, 40% of people who said they were afraid to return to their native country didn't fill out the paperwork to formally request asylum. Experts say that can happen when immigrants are confused about the process, and there's no way to know how many of those people would have had a valid claim.

So Crenshaw's statement that 80-90% of asylum claims are invalid just doesn't have the data to back it up.