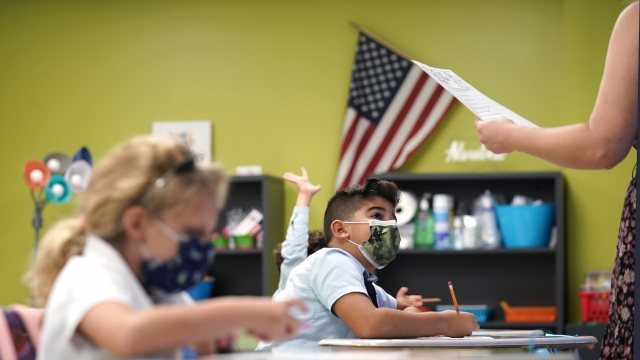 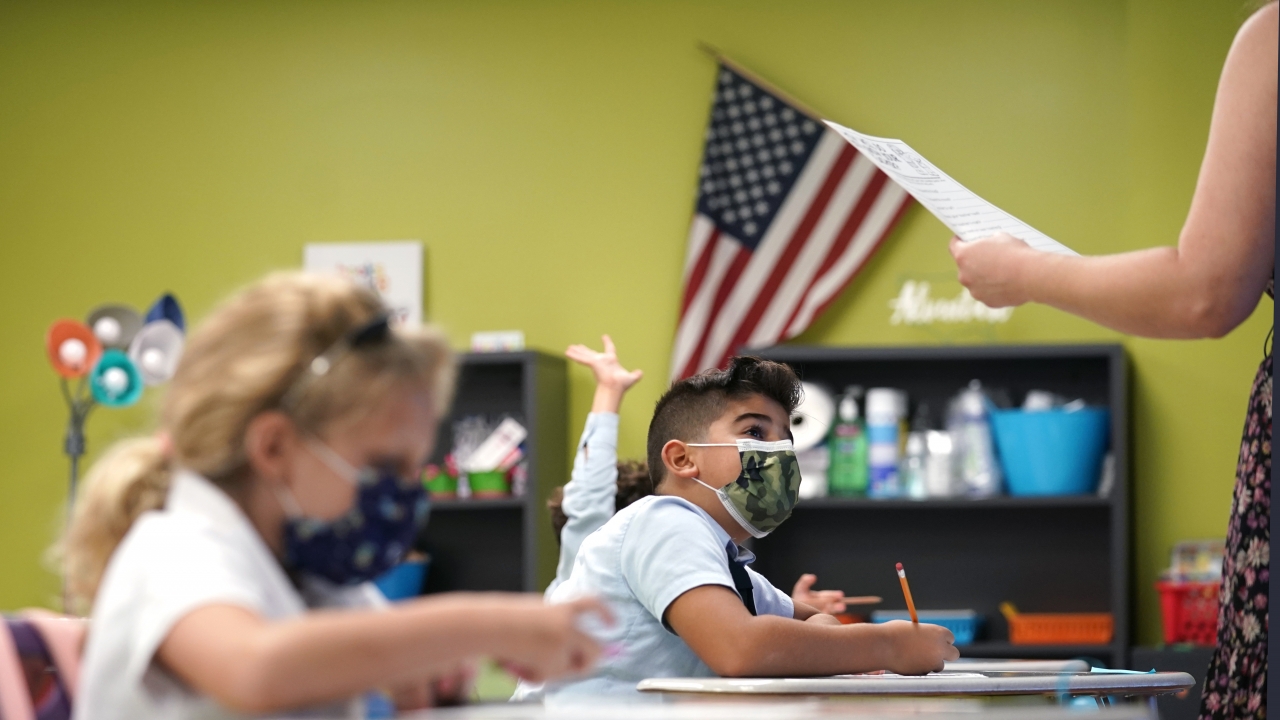 Tumbling COVID-19 case counts have some schools around the U.S. considering relaxing their mask rules, but deaths nationally have been ticking up over the past few weeks, some rural hospitals are showing signs of strain, and cold weather is setting in.

The number of new cases nationally has been plummeting since the delta surge peaked in mid-September. The U.S. is averaging about 73,000 new cases per day, less than half of the nearly 173,000 recorded on Sept. 13. And the number of Americans in the hospital with COVID-19 has plummeted by about half to around 47,000 since early September.

In Florida, Miami-Dade County's mask mandate could be loosened  by the end of October if the encouraging numbers continue, and nearby Broward County will discuss relaxing its requirement on Tuesday. The superintendent in metro Atlanta said he will consider waiving mask requirements at individual schools.

A high school outside Boston became the first in Massachusetts to make masks optional after it hit a state vaccination threshold. With about 95% of eligible people at Hopkinton High inoculated, school leaders voted  to allow vaccinated students and staff to go maskless for a three-week trial period starting Nov. 1.

Still, there are some troubling indicators, including the onset of cold weather, which sends people indoors, where the virus can more easily spread.

With required mask use reduced in much of the U.S., the University of Washington's influential COVID-19 forecasting model is predicting increasing infections and hospitalizations in November.

Also, COVID-19 deaths per day have begun to creep back up again after a decline that started in late September. Deaths are running at about 1,700 per day, up from close to 1,500 two weeks ago.

In sparsely populated Wyoming, which has one of the nation’s lowest vaccination rates, hospitals are coping with more patients than at any other point in the pandemic.

“It’s like a war zone,” public health officer Dr. Mark Dowell told a county health board about the situation at Wyoming Medical Center, the Casper Star Tribune reported. “The ICU is overrun.”The vast majority of hospitalized patients in Wyoming haven't gotten the vaccine, the state's vaccination rate is only about 43%. Only West Virginia ranks lower.

In rural Minnesota, a man waited two days for an intensive care bed and later died. Bob Cameron, 87, had gone to to his hometown hospital in Hallock with severe gastrointestinal bleeding and COVID-19. Officials searched for space in a larger center.

The bleeding exhausted the hospital’s blood supply, and state troopers drove 130 miles (209 kilometers) with new units, but his condition worsened after surgery and he died Oct. 13,  the Minneapolis Star Tribune reported.

During a three-week stretch this month, rural hospitals in Minnesota were caring for more COVID-19 patients than those in the state’s major urban center, Minneapolis-St. Paul.

The strain on hospitals in Colorado forced a second county to reinstitute an indoor mask mandate last week, the Denver Post reported. Nearly 80% of COVID-19 patients in Colorado hospitals are unvaccinated.