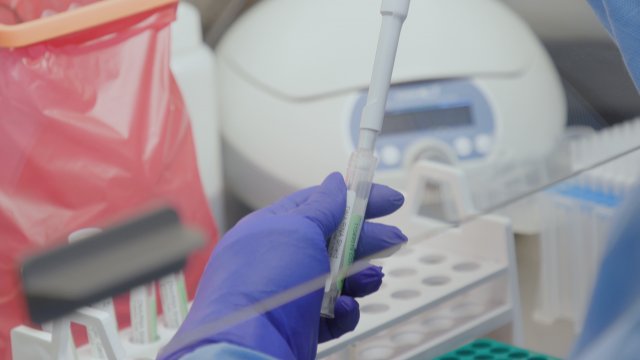 The odds you’ve been tested for coronavirus depend on a number of things, including whether you’ve had symptoms.

But there’s another factor: your home state.

Newsy analyzed the number of tests conducted in each state, using numbers form the nonprofit COVID Tracking Project, compared to each state’s projected population from the U.S. Census Bureau.

The analysis found states with varying rates of coronavirus testing.

Rhode island sits at the top of the list with the highest rate of testing at 7.8%.

It’s a small state with an aggressive strategy to test people without symptoms, a point of pride for the governor.

“When it comes to testing we’re doing three and a half times better than most of the rest of America,” Gov. Gina Raimondo said during a press briefing Wednesday. “So that should just give you some comfort.”

Hard-hit New York had the next highest rate, then North Dakota, Massachusetts and Louisiana.

A White House spokesman who asked not to be identified said states should aim to test 2% of its population each month.

We found 20 states haven’t yet tested 2% of their populations at all.

The five states we found with the lowest test rates were Kansas, Arizona, Ohio, South Carolina and Virginia, with the nation’s lowest testing rate of 1.4%.

Stanford infectious diseases professor Yvonne Maldonado says the different testing rates across the country point to a need for a coordinated national approach.

“It would be really nice if we had a broad-based testing strategy for the whole country,” she said.