Many In Congress Are At Heightened Risk From Coronavirus 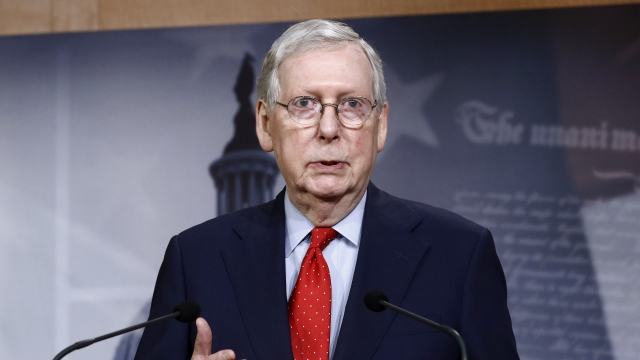 SMS
Many In Congress Are At Heightened Risk From Coronavirus
By Nathaniel Reed
By Nathaniel Reed
May 5, 2020
The CDC says anyone 65 or older is at risk of getting seriously ill from the coronavirus. That applies to about half of U.S. senators.
SHOW TRANSCRIPT

Senators are heading back to Capitol Hill this week with a warning from the Capitol physician. Lawmakers will be encouraged, but not required, to wear masks.

"I’ll wear a mask," U.S. Sen. Marco Rubio told Newsy. "I don't do it for myself so much as I do it for others. Those masks are there to protect others, and I want to set the example."

But the advanced age of some lawmakers in the 116th Congress places them at higher risk of getting seriously ill from the coronavirus.

According to the CDC, people 65 and older are at higher risk for severe illness. And the average age within the Senate is nearly 63 years old.

"When you have any sort of disease that is spread by personal contact, and that tends to, as far as we know right now, have a much more severe impact on older people, and your legislature skews toward older people, you have a recipe for either the House and Senate to have either potentially a large number of hospitalizations or deaths or serious infections," Matthew Glassman, a senior fellow at Georgetown University's Government Affairs Institute, told Newsy.

Back in March, 57-year-old Sen. Rand Paul of Kentucky and two representatives tested positive for the coronavirus, sending dozens of other lawmakers into quarantine.

Now, back in the chamber, the Capitol’s top doctor told Senate leadership they don't have enough tests for all 100 senators. Lawmakers and staffers are expected to “self-monitor” and will only be tested if they show symptoms, with results expected to take at least two days.

President Trump offered access to testing kits that give rapid results, only to be turned down in a rare joint statement from Senate Majority Leader Mitch McConnell and House Speaker Nancy Pelosi. They say resources should instead be directed to  "front-line facilities where they can do the most good the most quickly.”

To minimize the risk, many senators are flying solo and leaving staff working from home.

"I personally will be keeping all my staff continuing to work from home," Rubio said. "Obviously staff in D.C. is living in Virginia, Maryland, the District, where there are still very strict requirements. Schools are not open. Our staff is not coming back. I'll just have one person there with me."

Meanwhile, the House side of the Capitol is empty for now. Seven members have tested positive, and Speaker Nancy Pelosi announced the chamber will stay home for at least another week.