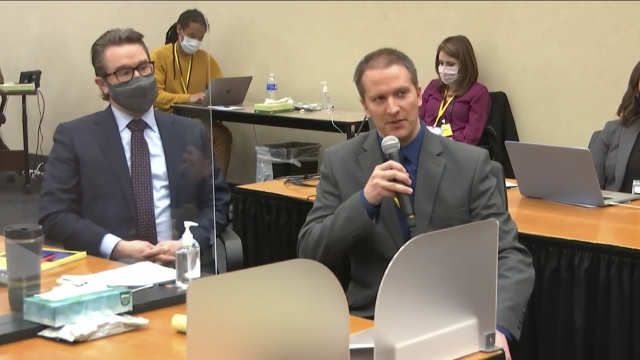 SMS
Court TV: Closing Arguments In Chauvin Murder Trial Set For Monday
By Court TV
By Court TV
April 17, 2021
Jury prepares to be sequestered and begin deliberating the murder and manslaughter charges brought against Chauvin for the death of George Floyd.
SHOW TRANSCRIPT

This jury will return with their bags packed to be sequestered for deliberations and what they're going to be hearing are key arguments from both sides revolving around three main themes of the case.

The first major theme to be argued will revolve around cause of death and whether Derek Chauvin murdered George Floyd by kneeling on his neck for nine minutes and 29 seconds.

Or will the jury believe that it was Floyd's drug use and health issues that contributed to his death?

Second, the jury will hear arguments about the use of force and whether or not it was reasonable in this case.

Did the bystanders distract Derek Chauvin and the other responding officers from focusing on containing the incident – outside of Cup Foods on Memorial Day 2020 – and rendering aid to George Floyd.

Finally, we expect both sides to argue about the testimony of the experts.

This comes down to a battle of the experts, particularly the medical experts. Here, the testimony of carbon monoxide levels in George Floyd's system. Was that effective?

Dr. David Fowler testified for the defense that George Floyd could have died from the exhaust coming out of the patrol car.