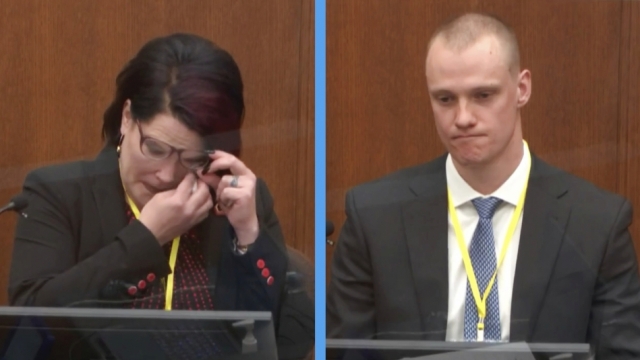 George Floyd's girlfriend testified that in their nearly three-year relationship both struggled with opioid addiction.

Day four in the Derek Chauvin murder trial and we're hearing from paramedics who first responded to the Cup Foods on Memorial Day 2020.

Paramedic Seth Bravinder said that when he and his partner arrived at the Cup Food stores George Floyd was unresponsive.

Minnesota Assistant Attorney General Eldridge: "So, use the word cardiac arrest. What does that mean?"

Bravinder: "It's the term we're going to use for anybody that's not responsive, not breathing, and doesn't have a pulse currently."

Eldridge: "So essentially, does that mean that someone's heart has stopped?"

She described her relationship with Floyd and testified that she and Floyd, in their nearly three-year relationship, both struggled from opioid addiction.

Ross: "After prescriptions that were filled and we got addicted and tried really hard to break that addiction. Many times."

Chauvin faces up to 40 years if convicted of the top count of second-degree murder.