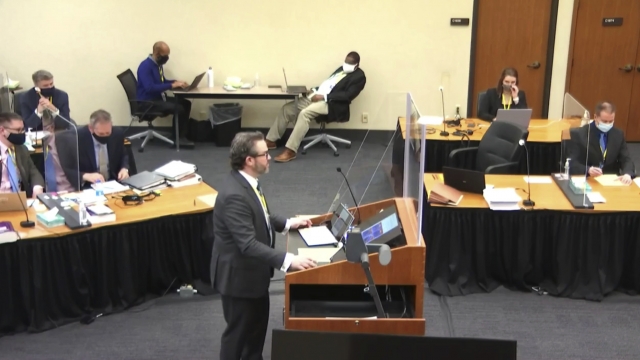 The state has called the senior special agent of the newly formed use of force investigation unit of the Bureau of Criminal Apprehension here in Minnesota to the stand this afternoon.

James Reyerson is the lead investigator for the case against Derek Chauvin in the death of George Floyd.

"My supervisor called me at approximately 9:45. He didn't fill. And for me, there have been an incident that occurred in the confines of Minneapolis, involving Minneapolis police department, it was determined that myself, Agent Phil, and agent Scott Mueller would all report to City Hall."

"So did you understand essentially why you BCA agents are being called to this incident?"

"We knew that some form of critical incident had occurred, but at that point, we didn't have a huge amount of information."

And when you use the term critical incident in this context, what did it mean to you at that time?"

"An incident involving a police officer and potentially a civilian that could have caused harm."

And earlier today, and expert Sergeant Jody Stiger offered his opinion on the level of force Derek Chauvin was using on George Floyd May 25, 2020.