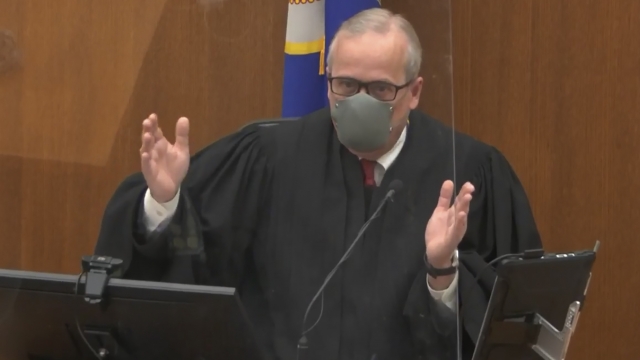 An unexpected turn of events today in downtown Minneapolis for day one in the start of the trial against Derek Chauvin – the former Minneapolis police officer charged with murder and manslaughter in the death of George Floyd almost a year ago.

We expected for jury selection to begin today, but because of a court of appeals ruling about the state's motion to reinstate third degree murder charge against Derek Chauvin, the arguments before the judge caused a delay.

So far today on day one, the prosecution wanting a stay in the entire process not even pick a jury until they hear from a higher court on whether or not this District Court Judge Peter Cahill has the right to reinstate this third degree murder charge. The defense wanted to continue jury selection even though the court may not have jurisdiction over that one charge because there's plenty of other topics to discuss with these prospective jurors.

But as of right now, this afternoon, we're going to move forward with some of those limited motions in limony. Those pre-trial motions try to hammer those out this afternoon before prospective jurors return tomorrow morning here at the Hennepin County Courthouse to resume jury selection if they've heard from the Court of Appeals.

Now, outside this courthouse, It is a fortified fortress with chain link fences, concrete barricades and even in the midst of the National Guard protection their space for first amendment protests. We've seen several protests down the streets, around and in front of the courthouse today all peaceful, all chanting and promoting justice for George Floyd in this case.