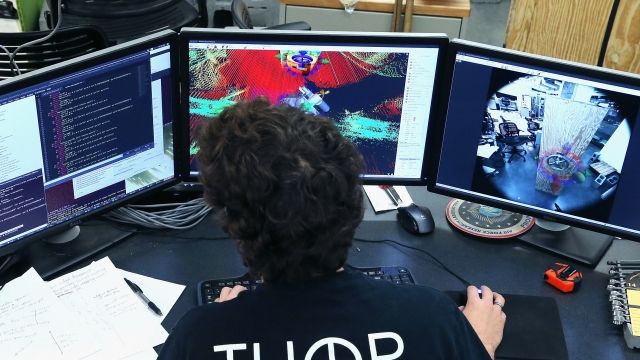 Thousands of foreign workers on extended student visas may have to leave the country next month, depending on a court's decision.

And a lot of international students use the program. The Chronicle of Higher Education reports 12 percent of the nearly 1 million student-visa holders aren't studying but are here on OPT.

But last year, a judge threw out that special preference for STEM students, saying it was enacted improperly — without enough public comment. The judge gave the Department of Homeland Security six months to come up with a better plan.

So the DHS did just that — and then received more than 40,000 comments from the public. With the Feb. 12 deadline for the new rules coming up, the department has asked for more time.

If it doesn't get an extension, thousands of international students on OPT will be in limbo.

The program was challenged by a group of American tech workers who said it was making it harder for Americans to get jobs in STEM fields. But some in Silicon Valley have essentially called for the opposite.

When Mark Zuckerberg launched his immigration initiative, FWD.us, he wrote: "To lead the world in this new economy, we need the most talented and hardest-working people. ... Given all this, why do we kick out the more than 40 percent of math and science graduate students who are not U.S. citizens after educating them?"

In DHS's proposed changes, the STEM extension would actually be longer — 24 extra months. But it would also give concessions to those who think the program is making the job search more difficult for American workers. Companies hiring these students would have to promise not to fire any Americans for the position and would have to pay foreign students the same wages they would pay Americans.