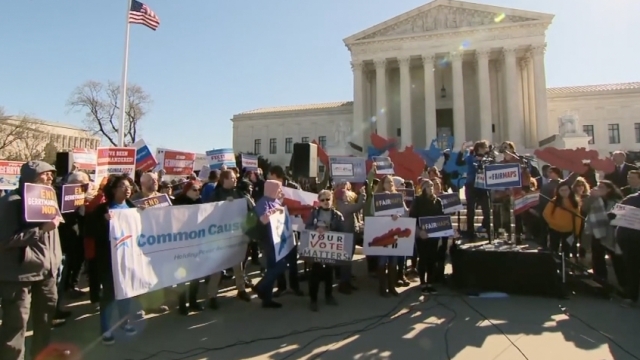 North Carolina's political maps for the state legislature are unconstitutional, according to a panel of judges. And in a 357-page ruling, those judges say new maps will have to be drawn before the 2020 elections.

The unanimous panel said "it is the carefully crafted maps, and not the will of the voters, that dictate the election outcomes in a significant number of legislative districts and, ultimately, the majority control of the General Assembly."

The three judges ruled the maps are severely gerrymandered in favor of Republicans. State maps from 2011 were also ruled unconstitutional on the grounds they discriminated based on race. Those were replaced in 2017 — and those 2017 maps have now been declared unconstitutional on partisan grounds. Both maps were drawn by the state's Republican-led legislature.

"We disagree with the court's ruling as it contradicts the Constitution and binding legal precedent, but we intend to respect the court's decision and finally put this divisive battle behind us. ... It's time to move on," he said. Berger said he will start drawing new maps.

North Carolina Democratic Party Chairman Wayne Goodwin wants to move on, too. He said, "From targeting people based on their race to dividing them based on their political beliefs, Republicans for a decade have rigged our state and silenced voters to cling desperately onto power." Some of North Carolina's other Democratic lawmakers are saying this is "a big win for democracy and a game-changer for 2020."

Early voting for the 2020 primaries will start in February, but the court is giving the legislature just two weeks to draw new maps.

The judges said they can and will reschedule the General Assembly elections, or all of the state's 2020 primaries, if new maps aren't drawn in time "to provide effective relief in this case."