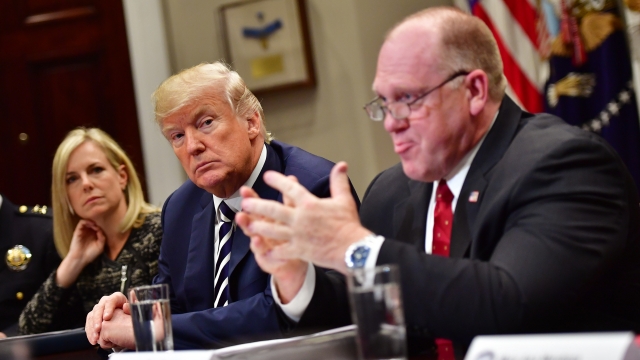 In 2017, the DOJ announced it would withhold millions of dollars in policing grants from states and cities that refuse to cooperate with federal immigration authorities.

To receive the grant money, states would have to share certain information about undocumented immigrants with federal authorities upon request.

The most recent ruling overturns two lower court decisions that blocked the DOJ from setting these requirements for the grants.

A DOJ spokesman said, "Today's decision rightfully recognizes the lawful authority of the attorney general to ensure that Department of Justice grant recipients are not at the same time thwarting federal law enforcement priorities."

This all takes place amid an ongoing battle between several states and President Trump's immigration policies. Most recently, New Yorkers have been barred from trusted traveler programs and additional Border Patrol officers have been sent to numerous sanctuary cities.

However, federal appeals courts in Philadelphia, Chicago and San Francisco have already ruled against the DOJ in similar cases over the past two years.

So even though Wednesday's ruling was a win for the Trump administration, it's possible that states could cite those previous rulings as reason to not comply.