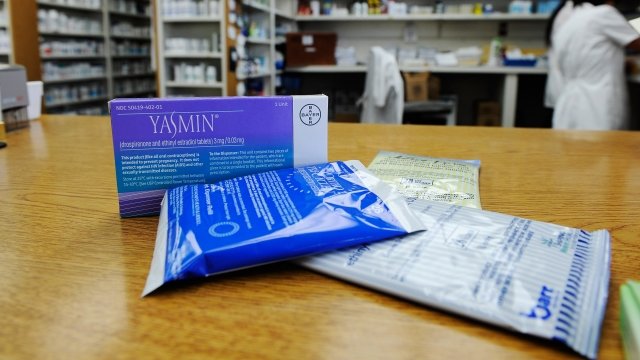 By Andrea Gonzales
December 14, 2018
A federal court blocked Trump administration guidelines that would have let companies opt out of providing contraception at no cost.
SHOW TRANSCRIPT

A federal appeals court has ruled that companies must continue to provide women free birth control with their health care coverage. The court decided Thursday to block Trump administration guidelines that would have let more companies opt out of providing contraception at no cost.

This all started in October 2017, when the Trump administration allowed more companies to opt out of an Obama-era mandate requiring them to cover the cost of their employees' birth control. A few months later, a temporary injunction was put into place across the country blocking the rule. Five states filed a joint lawsuit over the issue. Thursday's ruling applies to those five states, though a nationwide injunction is still in place.

But come Jan. 14, all of this will be moot. A new set of rules issued by the Trump administration will replace the 2017 rules.

The new rules will let companies sidestep the Affordable Care Act requirement based on "moral convictions." The administration claims this will only impact about 6,400 women, according to the Washington Post. Advocacy groups say otherwise.