Court Rules Survivors Of Charleston Shooting Can Sue The Government 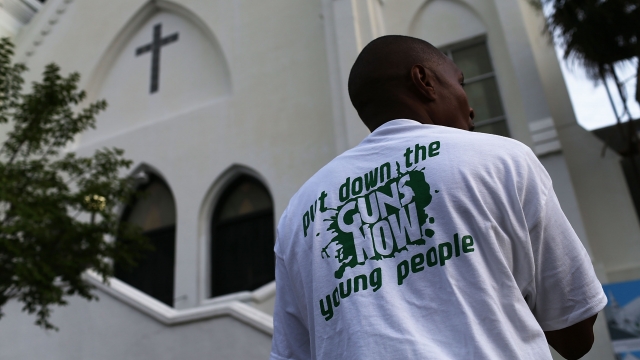 Officials said at the time that the shooter was federally prohibited from possessing a firearm when he bought the weapon.

An appeals court ruled on Friday that survivors and family members of people killed in a mass shooting in South Carolina are allowed to sue the federal government for negligence.

In June 2015, a white supremacist entered an African-American church in Charleston and opened fire on a Bible study group. Nine people were killed. The shooter was convicted on federal murder and hate crime charges and now awaits the death penalty.

After the shooting, then-FBI Director James Comey said the gunman was federally prohibited from owning a firearm when he bought the weapon used in the attack, and that he was able to buy it due to failures in the FBI's background check system.

Cases brought by survivors and family members intended to hold the government accountable for allowing the shooter to buy the gun. They were consolidated and dismissed by a lower court, which ruled the federal government was protected from lawsuits under two provisions.

But the 4th Circuit U.S. Court of Appeals said Friday that judge was wrong. It ruled that the laws protect the government employee who performed the background check, but not the government itself. The dismissal was reversed.