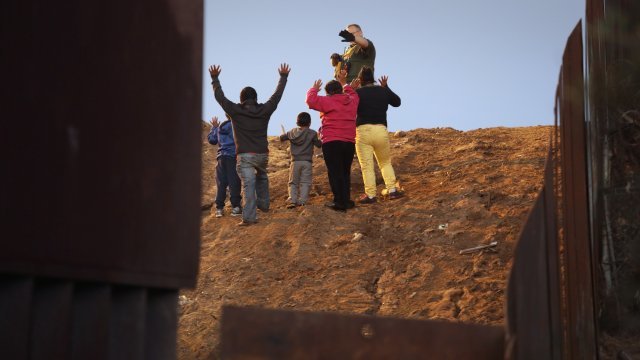 By Sebastián Martínez Valdivia
December 8, 2018
The Trump administration's rule would have stopped people from applying for asylum if they were found to have crossed the border illegally.
SHOW TRANSCRIPT

A court has denied the Trump administration's request to reinstate its new asylum rule. The administration had asked for a stay against a lower court's decision to block the rule's implementation.

In their ruling, judges from the 9th U.S. Circuit Court of Appeals say they agree with a lower court that the Trump administration's rule is, "likely inconsistent with existing United States law." The current law states that anyone can apply for asylum, regardless of whether they entered via a port of entry or not. A circuit judge ruled last month that the administration's action exceeded the president's authority.

The administration's rule is actually composed of two parts — a rule from the Departments of Justice and Homeland Security and a presidential proclamation. The proclamation bans people from crossing the southern border except at ports of entry. The rule says people who don't comply with the proclamation can't apply for asylum.

The amount of people applying at ports of entry means there are substantial wait times for the thousands of migrants who've arrived at the border over the past weeks. The government can still go forward with its appeal of the lower court's ruling.