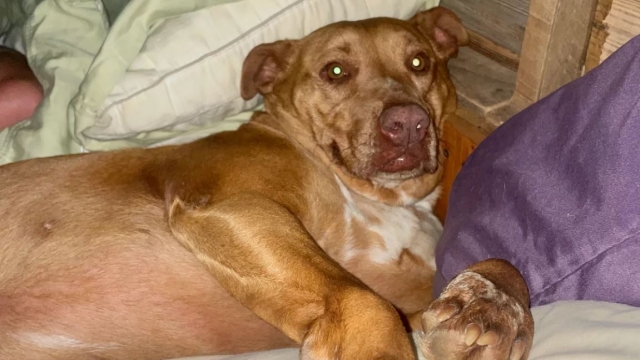 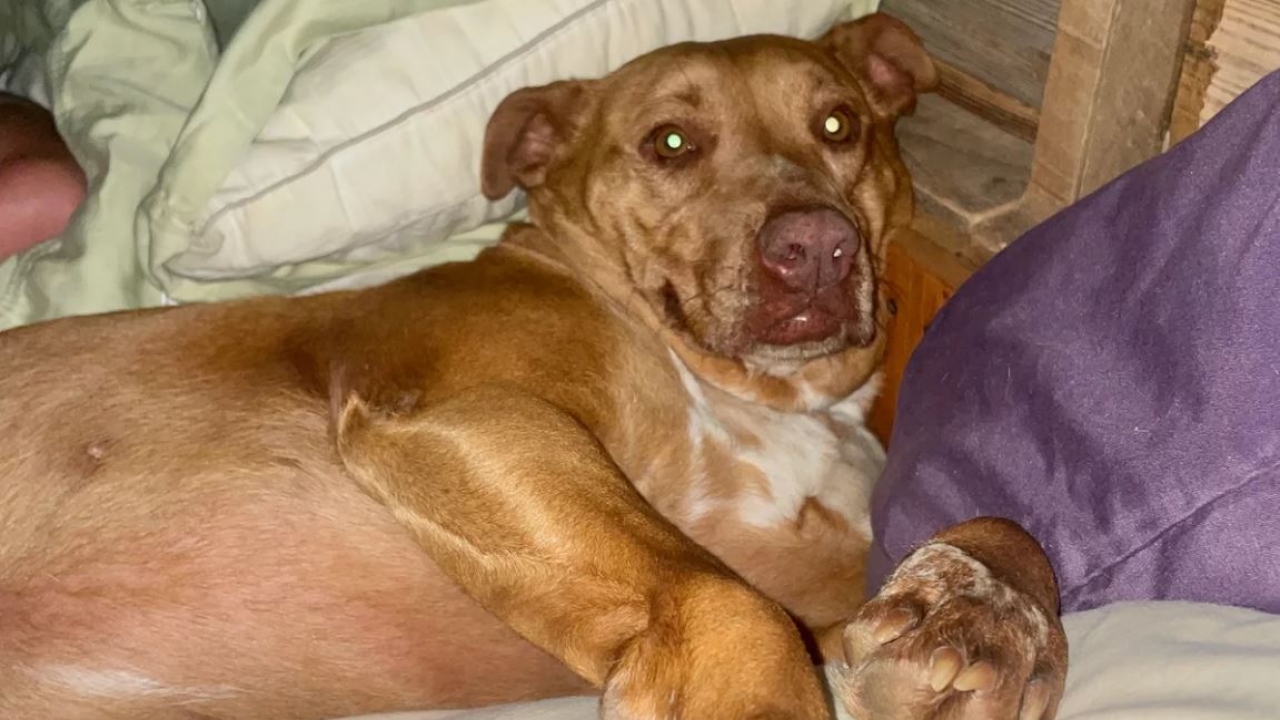 Like many dog parents, Julie and Jimmy Johnson are happy to share their bed with their pups, Hollis, Jupiter and Zeppelin. However, on a recent morning, the couple woke up to find an extra set of paws snuggled under the covers.

"You could see light coming into our curtains in our bedroom and I feel my husband not just roll over, but kind of startled, like almost a jump rollover and it woke me up," Julie told NPR. "And in a quiet but stern voice, he said, 'Julie, whose dog is this?'"

After taking a few pics, the bemused couple shared a Facebook post trying to find out where the large tan dog actually belonged.

"It is absolutely normal to wake up in our house with one of OUR dogs in the bed with us," Julie wrote. "One small problem, THIS IS NOT OUR DOG, nor do we know how she got in our house. At first, we thought it was one of ours, but they rarely lay on the pillows! In pitch darkness, I just assumed it was. Wouldn't we all? As daylight began to creep in through our curtains we realized we were snuggling with someone else's dog. This is the weirdest post I have ever had to make. Is this your dog? Please share."

As it turns out, the dog’s name is Nala. She lives with her moms, Cris Hawkins and Felecia Johnson, in the same Tennessee neighborhood. Although nobody seems to have figured out how she made her way into the Johnsons’ bed, she has a reputation for being super friendly.

“Our overly friendly pup, Nala, has hit an all time record for ignoring personal space and added yet another trick to her long list of Houdini acts,” Hawkins wrote in a Facebook post. “She slipped her collar yesterday while being walked, ran down the street to a neighbors [sic] house, somehow managed to get IN their house, and climbed into bed with them in the middle of the night.”

Nala’s shenanigans have resulted in a new friendship between the neighbors. They have already enjoyed a doggy playdate with all four pups. Whether the canine friends will enjoy any more sleepovers together remains to be seen.

This story was originally published by Tricia Goss on Simplemost.com.