Countries Agree On New Climate Rules, But They May Not Be Enough 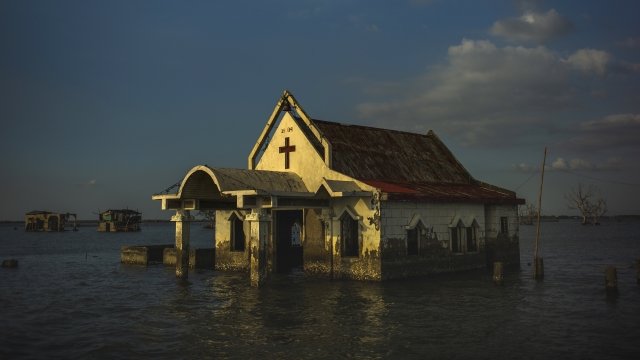 SMS
Countries Agree On New Climate Rules, But They May Not Be Enough
By Ethan Weston
By Ethan Weston
December 16, 2018
Some scientists say the new guidelines for implementing the Paris accord's goals won't do enough to slow climate change.
SHOW TRANSCRIPT

It took two weeks of negotiating, but officials from around the world have agreed to new rules governing reduction of greenhouse gas emissions.

Most of the the new rules deal with recording and accounting for a country's greenhouse gas emissions. The agreement will help countries put the 2015 Paris climate accord goals into action.

Questions still remain about scaling up reduction commitments following dire warnings from scientists in November. And other issues — such as a carbon credit market — were put off until next year's conference.

But some scientists are warning the new rules don't go far enough. One scientist told The Guardian the U.N. talks are continuing down a path "that will take us to a very dangerous 3-4 degrees Celsius warmer world within this century."

Two months ago, a report by the U.N.'s climate change panel warned we have only about 12 years to keep global warming at 1.5 degrees Celsius or lower. Beyond that point, the panel said droughts, floods, extreme heat and poverty will worsen significantly.

The climate conference happens yearly, but the 2020 one is likely to be the next major conference. That's where participating countries will have to prove they've met their emission goals and set new targets for 2030.