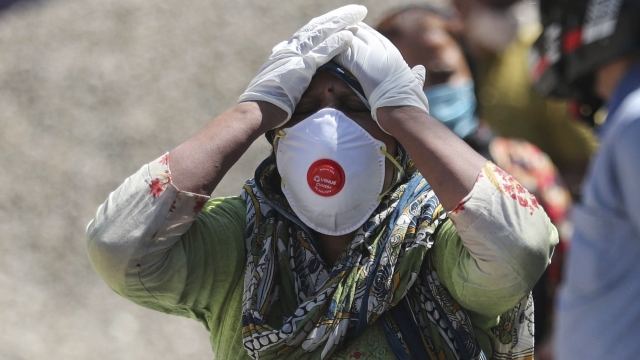 India's COVID crisis is getting worse.

Countries including the U.S., Britain and Germany say they're sending help as India's hospital beds fill up.

New cases hit a record high Monday for the fifth straight day. India reported more than 352,000 new cases over the past 24 hours.

More than 195,000 people have died from the virus there since the beginning of the pandemic.

President Biden says the U.S. will send materials for vaccines and medical gear to help.

Tech companies say they're committed to helping, too. Microsoft's CEO says he's "heartbroken" by the situation and the company will do what it can to deliver support and help with relief efforts. The head of Google also pledged support and says the company will commit 18 million dollars to help the country.

Both CEOs are originally from India.