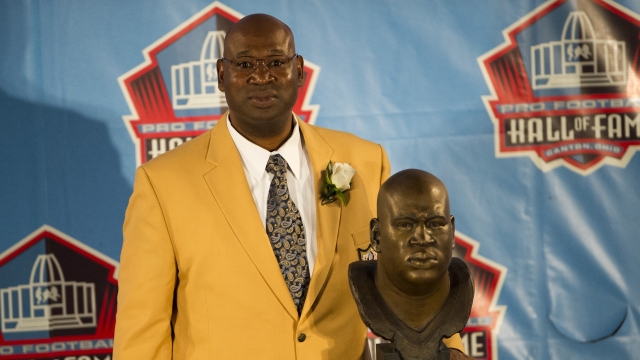 NFL Hall of Fame defensive tackle Cortez Kennedy has died. He was 48.

Kennedy played 11 seasons for the Seattle Seahawks, making eight Pro Bowls. He was named the NFL Defensive Player of the Year in 1992.

Kennedy was drafted third overall in 1990 out of the University of Miami. While in college, he was part of the Hurricanes' 1989 national championship team.

His first coach in college, Jimmy Johnson, said Kennedy was one of the most talented players he'd ever coached and remembered him as a fun-loving person.

The NFL community was shocked by his sudden death, which led some to wonder if his NFL career may have adversely affected his health.

"Any time somebody in the NFL dies at this young age, it shines a spotlight on the sport and the dangers of the sport. ... And people are going to want to know if anything was wrong with him, if he suffered any irreparable damage from playing the sport of football as long as he did at the level he did," ESPN NFL reporter Adam Schefter said.

Orlando police are investigating but said "there is nothing suspicious to report" about Kennedy's death.